I didn't get as many photos as I had hoped... mostly my fault, I should have publicized this much earlier - which I did last year and the "event" was well attended! 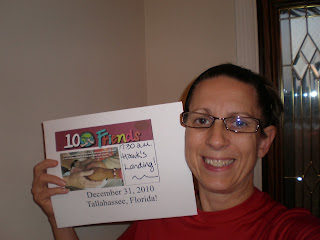 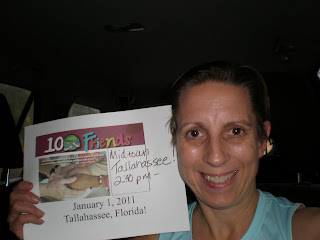 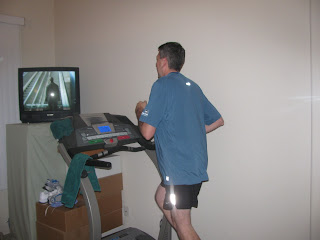 Brett in Arizona participated too.  Treadmills work great - esp at midnight when it is cold outside! 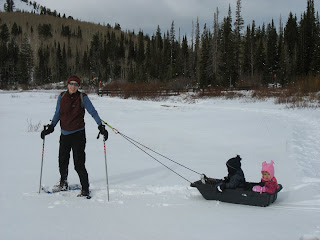 And Ann in Utah did it as well - she was going to send me a picture, but lost her camera at the zoo, and then decided that you guys probably didn't want to see a photo of her six months pregnant running and swimming which were her choice of activities.  I think she looks like she could be doing it here while pulling her kids around!

Thanks to all who participated! I'm happy that 100 Friends benefited and we got some New Year's fitness out of it!  Plan now to participate in the 2011/2012 version!
Posted by Amy at 8:22 PM